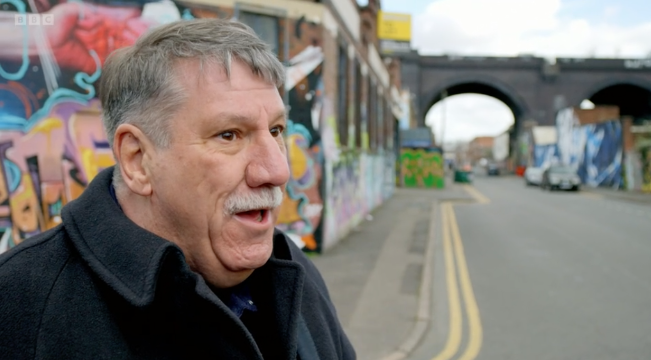 Prof. Carl Chinn MBE To Deliver Talk on Birmingham-Irish and the Peaky Blinders

We are pleased to announce Páirc Festival will host a 35 minute talk with Prof. Carl Chinn MBE!

The talk ‘Irish History in Birmingham & Was There a Peaky Blinder Connection?’ will bring you back in time to the gritty Birmingham backstreets in the late-nineteenth century when the Peaky Blinders were at their height violently operating as thugs.

Well known historian Professor Carl Chinn, Chair of Birmingham Community History at Birmingham University and the author of thirty five books, joins us to narrate the real history of the Irish in Birmingham and explore the Peaky Blinders connection.

The brummy legend has debunked myths surrounding the infamous Peaky Blinders in his bestselling book ‘Peaky Blinders: The Real Story of Birmingham’s Most Notorious Gangs’.  The descendant of a real ‘Peaky Blinder’, Carl’s grandfather was an illegal bookmaker in back-street Birmingham.

In the recent BBC documentary ‘The Real Peaky Blinders’, which Carl Chinn fronts, we witness the working class struggles in one of the great cities of the British Empire before the First World War.  A gripping storyteller, Carl takes us through time documenting the rise and fall of the most infamous gangsters in British history.

You can catch up with the series here:

Prof. Chinn will join us on both the Saturday & Sunday of Páirc.  Make sure you get tickets so you don’t miss out on Birmingham’s most recognised historian!