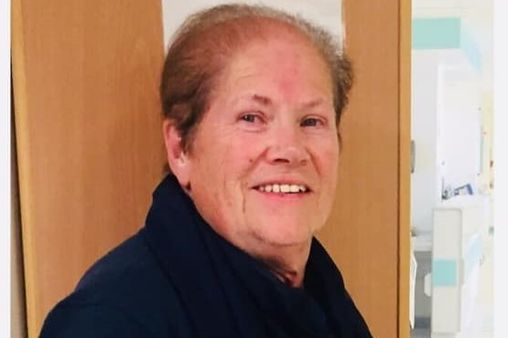 The UK have introduced legislation which will protect the rights of Irish-language speakers, as well as Ulster Scots.

Moreover, the Bill will ‘provide for the recognition and protection of the Irish language and development of the Ulster Scots and Ulster British tradition’.

The Bill will also serve to ‘create two Commissioners and an Office of Identity and Cultural Expression, which will benefit everyone in Northern Ireland’.

Irish-language activists have celebrated the introduction of the Bill which is expected to be passed in Autumn. An Dream Dearg campaign spokesperson Pádraig Ó Tiarnaigh believes it is a step in the right direction for Irish-language Rights:

“We would consider this an historic advancement for our community, it is a staging post on our long, long road towards language rights and equality, and we recognise it as such”.

In addition, as part of the legislative framework promised with The New Decade, New Approach agreement the British government have pledged two new commitments.

The first pledge will give official recognition to Ulster Scots as a national minority-a status already given to Irish, Welsh and Scots, and since 2014, Cornish, among others under the Protection of National Minorities.

If the Bill is passed it will provide much needed protection of Irish language rights here in the West Midlands.

Caroline Brogan, an Associate Solicitor and Trustee at Birmingham Irish Association has campaigned for Irish language rights and welcomes Páirc Festival as part of the Irish language and cultural revival in Birmingham:

“Páirc Festival is a fantastic celebration of Irish culture and heritage. The Irish language is thriving amongst communities in Britain; from those who speak it fluently every day, to those with a cúpla focal (few words), and who are proud of their culture and identity.

“There are regular classes and comhrá groups across the Midlands, for all levels; from native speakers to complete beginners, with a number of speakers saying their motivation comes from the soul; finding a sense of home and identity. Meanwhile, back home, the Irish language is seeing a revival, particularly amongst younger generations.

Caroline Brogan represented the family of Margaret Keane who fought for and won an appeal to have Irish-only words on their mother’s gravestone:

“The West Midlands is home to a huge Irish community, including the family of Margaret Keane, who fought a long legal battle against a system denying a message of love; Inár gcroí go deo (In our hearts forever), in Irish-only on her gravestone in Coventry, despite other languages being allowed, on the basis that it could be seen as a “political statement.

“The Keane family won their appeal in 2021 at the highest ecclesiastical court in England, supported by an all-female, all-Irish legal team, acting free of charge, and by Conradh na Gaeilge i Londain, who stood with them and intervened in the case”.

The Keane Family and Caroline Brogan stand with the Acht Anois campaign for Irish language legislation in the North of Ireland:

“The Identity & Language (Northern Ireland) Bill, which will give the Irish language official status in the North of Ireland, and repeal the last of the Penal Laws, is an important staging post on a long road towards language rights. The Bill is going through various legislative processes and you can write to your MP to ask for their support on this important journey for equality and respect for identity”.

You can find out more about the Margaret Keane legal battle here: